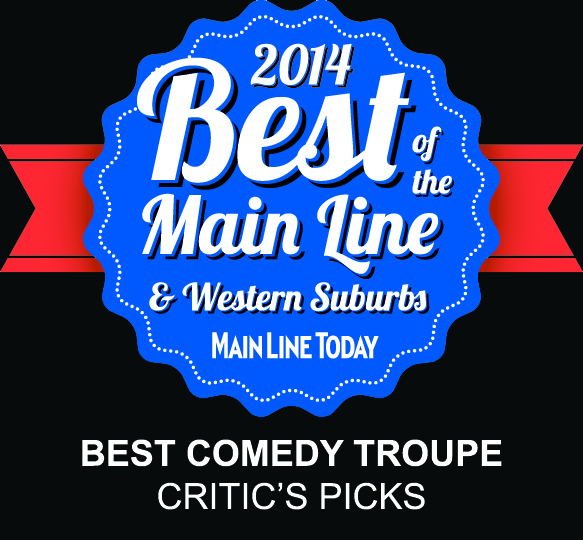 Bob Curran
Bob's comedy career started 25 years ago when he performed stand up comedy at clubs throughout the country as he traveled with his job. Bob feels that improv is much more challenging and rewarding versus scripted comedy formats. Bob has tremendous respect for the talent and enthusiasm that his fellow BTB members bring to each performance.

Brett Heller
Brett joined the group that became Better Than Bacon in late 2010 and performed for the first time in Spring of 2011. His love of improv is fueled by a lifelong dedication to ridiculousness and stupefaction.

Lauren Henry
Lauren is no stranger to the stage. From being typecast as an old lady in many a high school drama production to playing sax in a 10-piece funk band, Lauren and the stage are old friends. Aside from being the only curly-haired brunette girl in the group, Lauren is a founding member of BTB and helps keep Bacon sizzling, like a well oiled machine.

Susan Price
Susan comes to Better Than Bacon from an exhausting nursing career and the stand-up stage. In improv, she found her true self and married her muse – making people laugh. Susan adores chocolate and her Elvis-on-velvet collection.  Susan is a founding member of BTB.
It's ... BACON!  Meet the Better Than Bacon cast! (updates coming soon!)

Heather Plank
Heather is an actress who enjoys shushing students at the college library where she works. Inspired by a Better Than Bacon show she attended in 2015, Heather enrolled in an improv class, and joined BTB in 2018. Her greatest talent is her in-depth knowledge of The Brady Bunch. Really. Ask her anything.

Dan Freed
Dan began performing improv with a group in Columbus in 2000, moved to Oregon and did improv with a group there, and now is a happy camper as a newer member of Bacon. Dan's day job is doing magic & puppet shows, balloon twisting and caricatures for local events (known as The Amazing Spaghetti). He is also a professional artist.

Rick Horner
Rick does improv and lives in Telford, PA. This evening, he unzipped his skin, and carefully unscrewed his head ... exactly as he always does when he prepares himself for bed.